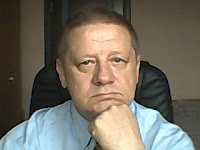 The court that considers the claim: the United States District Court for the District of Columbia.

Cause of action: Unjust enrichment.

Summary of the cause of action: As a result of conspiracy, incitements to violate the criminal statute of the United States, bribes, fraudulent representations, concealment of circumstance relevant to the patent dispute, corrupt practices, wrongful influence on adjudications rendered by the Russian Patent and Trademark Office  and the Russian courts, concealment of said criminal wrongdoing, obstruction of criminal investigations and defrauding the United States committed by the defendants in concert with their affiliates, the defendants deprived the plaintiff of his Russian patent on the invention and his right to get compensation for the patent infringement committed by Sony Group companies. The defendants’ wrongdoing ensured them and their affiliates unjust enrichment at the expense of the plaintiff. The amount of compensatory damages suffered by the plaintiff because of said wrongdoing is equivalent to the patent infringement damages and is equal to $340,000,000.  The defendants knowingly and willfully caused to the plaintiff also pain and suffering damages. The defendants’ conduct was outrageous, fraudulent, egregiously insidious and particularly reprehensible. The plaintiff believes that the court-appointed punitive damages will deter the defendants from similar acts in the future.

Strengths of the claim:

·       the claim is supported by written evidence and expert opinions,

·       the subject matter of expert opinions is not complicated,

·       there is no need to delve into the Russian legislation,

·       the cause of action has a multilevel system of evidence proving that enrichment of Sony Group companies and Hogan Lovells lacks an adequate legal basis,

·       legal grounds of the lawsuit and unsightly evidence the plaintiff possesses are those that unlikely the  defendants would want to bring the matter even to deposition, not speaking about settling the dispute by the court,

·       the plaintiff is skilled in the patent law and has personal judicial experience in patent litigation.

Note: This application does not contain any privilege and / or confidential information and aims only to help a lawyer to take a decision on the matter.